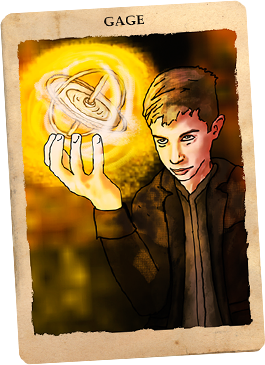 Vulgord’s Tower was created by the father and son duo, Brian and Gage Magar. The initial concept and framework were first developed in late 2016 when Gage was eleven years old. This vision was later fully realized and put into production in early 2018. The game is rooted in a classic “swords and sorcery” aesthetic and loosely based around the MILTON BRADLEY board game DARK TOWER. Player’s travel and battle through four realms with the hopes of storming the tower for victory. This is where the similarities with Dark Tower end and something new begins.

Brian grew up in the 1980s in a time and place where Heavy Metal, Fantasy Art/Games, Arcades, and Satanic Panic reigned supreme. Some of his fondest childhood memories are that of playing DARK TOWER with this father. Many brigands and dragons were slain around the kitchen table in those formative years. Vulgord’s Tower not only pays homage to an icon of Brian’s youth but also to the role of astute mentoring. 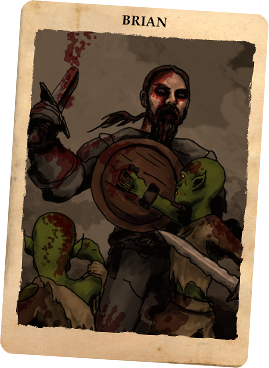 Brian Magar is a full-time graphic designer and part-time musician. His design career started at a small advertising agency where he produced for a wide array of corporate clientele. In his late twenties, Brian became a sole proprietor working primarily as a new media designer and developer within the world of Heavy Metal. Brian currently plays in the dark ambient/tribal band THE OWLS ANWTS and the fantasy-oriented DEATH/DOOM band CULTIC.

Gage Magar is a full-time tenth-grade student, self-taught C# developer, and game architect. When Gage was six years old he used gift money to purchase a copy of RPG CREATOR VX ACE. This software allowed him to explore many facets of game development. His passion and skills grew over time, eventually progressing to working with C# and the UNITY ENGINE.

Gage is an avid gamer with a fervor for horror, strategy, and sandbox games. In his spare time, he enjoys composing soundtrack-oriented music and reading.

This website uses cookies to improve your experience while you navigate through the website. Out of these cookies, the cookies that are categorized as necessary are stored on your browser as they are essential for the working of basic functionalities of the website. We also use third-party cookies that help us analyze and understand how you use this website. These cookies will be stored in your browser only with your consent. You also have the option to opt-out of these cookies. But opting out of some of these cookies may have an effect on your browsing experience.
Necessary Always Enabled
Necessary cookies are absolutely essential for the website to function properly. This category only includes cookies that ensures basic functionalities and security features of the website. These cookies do not store any personal information.
Non-necessary
Any cookies that may not be particularly necessary for the website to function and is used specifically to collect user personal data via analytics, ads, other embedded contents are termed as non-necessary cookies. It is mandatory to procure user consent prior to running these cookies on your website.
SAVE & ACCEPT